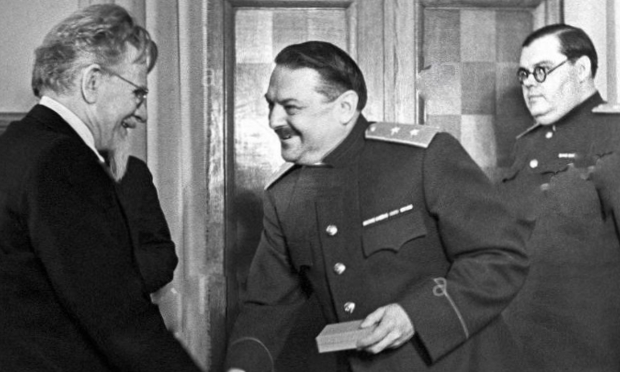 The ‘Doctors Plot’ refers to allegations made against a group of doctors who worked in the Soviet Union and were accused of purposely providing poor treatment to notable leaders of the USSR.

The plot became a popular piece of anti-communist propaganda for three chief reasons. Firstly, because the doctors were said to have plotted against some of the most well-known Soviet leaders including Shcherbakov and Zhdanov who died in the mid to late 1940’s. Secondly, the case against the doctors was laid immediately prior to J V Stalin’s death, was dropped almost immediately afterwards and was seemingly one of a number of tumultuous events around this time. Thirdly, some of those accused were jewish. This aspect has led to wild accusations that Stalin was anti-semitic and furthermore, that the Soviet Union was anti-semitic.

Paul Cannon will give an overview of the Doctor’s Plot and lead a discussion on it’s significance.

A presentation to the Stalin Society, all welcome.

The Stalin Society was formed in 1991 to defend JV Stalin and his work on the basis of fact, and to refute the capitalist, revisionist, opportunist and Trotskyist propaganda directed against him.

Stalin’s name is synonymous with communism, the October Revolution, and the overthrow of capitalist exploitation and imperialist tyranny. For this reason, the international bourgeoisie have spearheaded their attacks on working and oppressed peoples by slandering Stalin and the Soviet Union.

They have employed a variety of tactics to this end over the last 90 years, but have been guided to a large extent by dissidents who betrayed the Soviet people, most notably Leon Trotsky. The powerful US-based Hearst press, sympathetic to Hitler, was a pioneer in these methods, but the rest of the capitalist world’s media and political elites have not lagged behind.

All welcome to this meeting who are genuinely interested in the content, ready to listen respectfully to the speaker and wishing to take part constructively in the discussion that follows.